Trending
Social Media Icons
You are at:Home»Gay»‘Against the Law’ serves as powerful reminder of our closeted past

As G Men, we have an affinity for all things British. The culture speaks to our aspired or realized refined tastes, fashion sensibility and demeanor. That this is so makes it all the more powerful to watch “Against the Law,” a film that mixes documentary and narrative storytelling to remind us that as recently as the 1950s, men like we could be jailed in England just for existing in our skin.

“Against the Law,”  a BBC Two production directed by Fergus O’Brien, was one of the highlights of our weekend enjoying an array of fantastic live-action and animated short films, features and documentaries at NewFest, New York’s premier LGBTQ film festival. The film stars Daniel Mays as Peter Wildeblood, a U.K. journalist who was sent to prison for no reason other than he was discovered to be in a relationship with a man, a serviceman named Eddie, played by Richard Gadd. In well-acted, beautifully staged re-enactments, we accompany Peter on his journey from self-acceptance through devastating frustration as he navigates a world not yet prepared for his definition  of love. 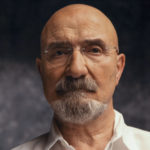 James Gardiner, one of several men who appear in the documentary segments of “Against the Law.”

Thoughtfully interspersed throughout “Against the Law” are interviews with men who lived through the time. At times humorous and at other times devastating, these colorful recollections lend weight to the proceedings and put real faces to a story that, given all the progress we’ve fortunately seen around LGBTQ rights, seems almost difficult to believe unfolded in recent history. The men discuss their experiences with society, the law, and even attempts at gruesome aversion therapy.

Beyond being an entertaining and well-executed film, “Against the Law” reminds us why our community must remain ever vigilant to protect our civil rights, and not complacently assume all our hard-won battles are forever settled matters. We highly recommend checking it out when it comes to a theatre, festival or streaming service near you.